An Unpleasant Surprise at the Festival

I went to the Colorado Renaissance Festival today. The weather was perfect, and I was flying stag – I could spend as much time meandering, browsing, and drinking as I wanted! It would be grand! 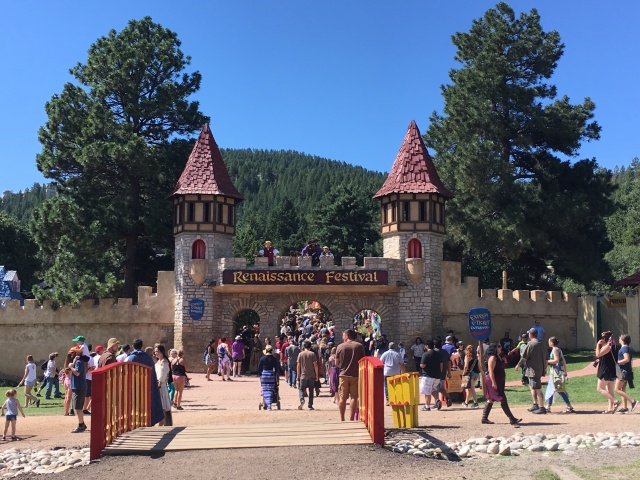 As I was waiting in traffic to get to the parking lot, I saw people with signs on the side of the road. As I rolled nearer, I could see they were protesting something. I look a closer look and they were protesting elephant rides! Their signs even referenced Love and Bananas, a new film making waves around the world about the truth behind elephant tourism and an elephant rescue. The film, by actress Ashley Bell, features world renowned elephant conservationist Lek Chailert and the elephants at Elephant Nature Park. I immediately was like, “Yeah! Woohoo! End elephant cruelty!” And then it hit me. They’d only be protesting if there was elephant riding nearby…

Renaissance festivals are my jam. I LOVE them. I’ve gone to Ren fests around the world and it never gets old. I love seeing the creativity, the passion, and the magick of it all. The most animal interaction I’ve ever seen was horses, pony rides, and maybe birds of prey – all of which I’m conflicted over. But this Colorado Renaissance Festival damn near broke my heart and had me in tears. Not only did they have elephant rides, they also has llama, zebu, pony, donkey, and camel rides AND a big cat show 😥 They had a 9 week old Serval kitten, 4 month old lion cub, and a tiger cub, as well as adult leopards, lynxes, and pumas. While I didn’t see any outright demonstrations of force (they claim to only use positive reinforcement…), it left me deeply unsettled and upset.

The elephants weren’t wearing chains, but their handlers had bull hooks – and remember, any elephant that willingly submits to human interaction has been conditioned by torture. Their tusks had been sawn off and covered with metal caps. I noticed wounds and scars, although I didn’t see the bull hooks being used in the short time I was there. One of the elephants had a problem with its back leg – I don’t know if the hip had been dislocated/broken or it was some kind of growth, but it obviously was affecting the elephant. Up to 4 people at a time were riding 1 elephant. 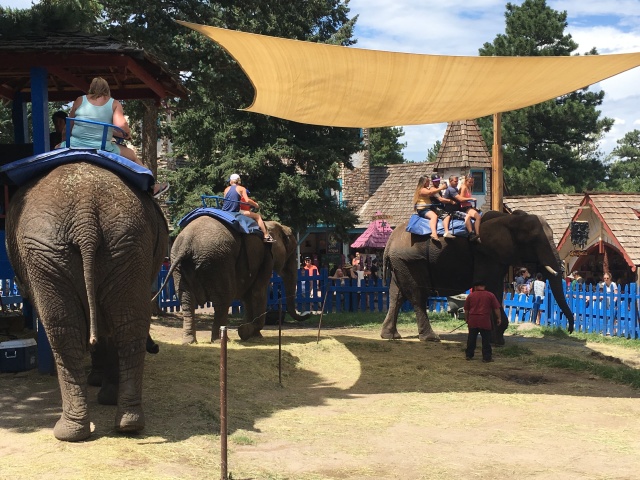 I did see the handlers giving small chunks of watermelon to them, however, and when I went back a few hours later, one of the eles wasn’t giving rides.

This is America. In 2019! WHY are animals still being abused and used for entertainment?! Especially with all the recent changes and backlash against circuses, I was shocked to see elephant (and other animal) rides given here in CO. However, I’m also shocked and appalled that mass shootings are, not only a thing at all here, but ON THE RISE. My heart is broken, and I don’t know what to do.