The day after seal watching was dedicated to soaking at Hanmer Springs – a hot springs facility outside of Christchurch. I got an $11 ticket from a deals website (either grabone or bookme, I think) and spent the entire, rainy day basking in the naturally fed pools. As it was overcast, I didn’t even have to worry about getting sunburned!

I spent the weekend on a friend’s sheep station outside of Christchurch; relaxing, exploring, and drinking a fair bit of wine.

I rode a gd penny farthing! 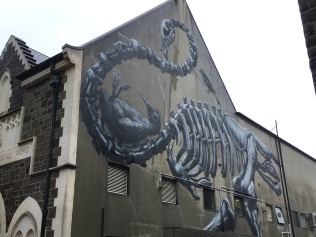 NZ’s mural game is on point!

Back in February 2011, Christchurch was hit by a devastating 6.3 magnitude earthquake. 185 people were killed and thousands were injured.  On the one year anniversary of the tragedy, a memorial was created by a local artist – 185 white chairs representing each life lost in the quake; it was meant to be there one week. 5 years later, it is the 4th most popular site in all of New Zealand.

When I visited, there was a calm weightiness to the air. Unlike when I visited the World Trade Towers and the new Freedom Tower in New York City, this memorial was peaceful and profoundly moving. I read the poems that were posted, and I did shed some tears – for my own loss suffered and for all those who passed in this awful incident and their surviving loved ones. 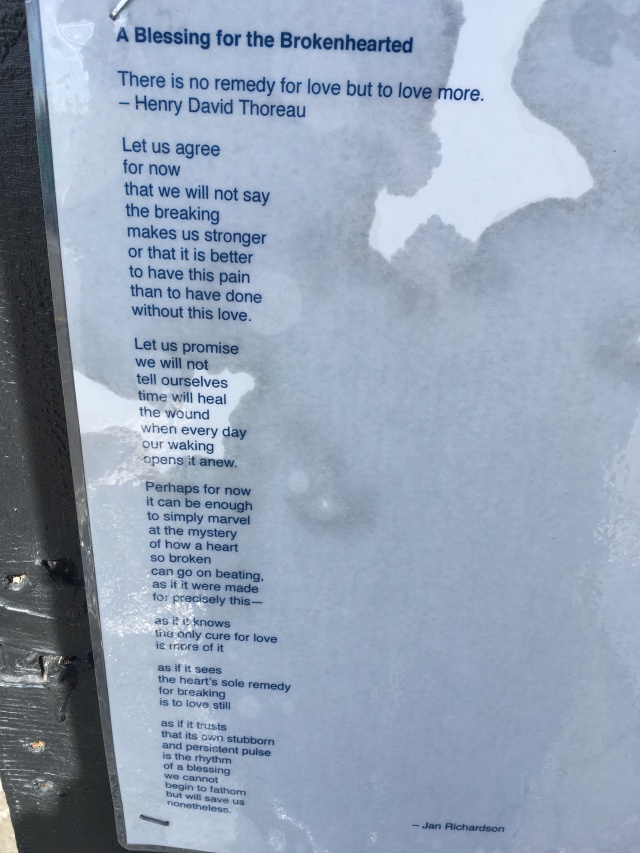 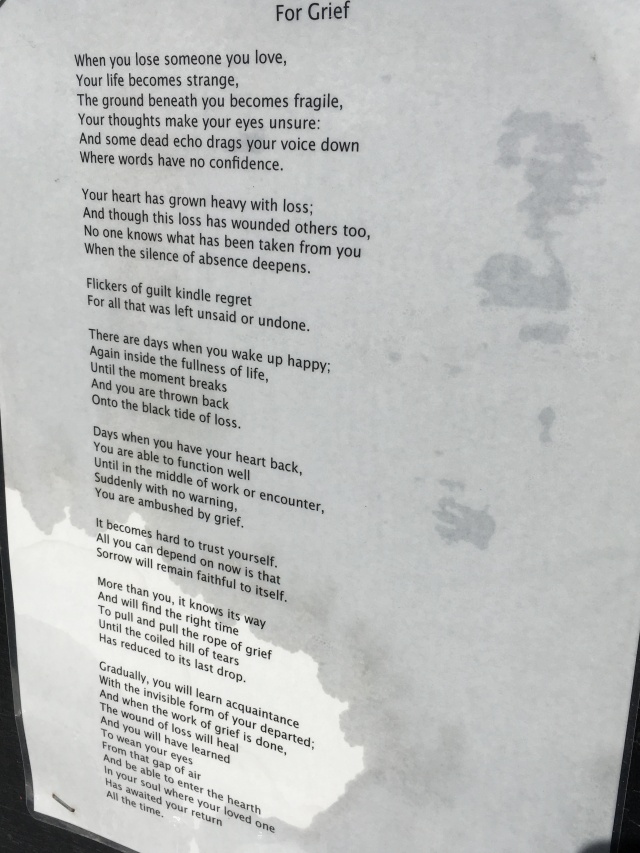 The Christchurch Cathedral was also a casualty of the 2011 quake. Built between 1864-1904, it had suffered through quake after quake, and the strength of the 2011 quake was the final nail in the proverbial coffin. A “Cardboard Cathedral” was designed and built as a temporary measure, but it, too, has become a permanent fixture, and a highlight of any trip to Christchurch.

While I was in the area, I took a day trip to Lyttelton and Akaroa – two quaint seaside villages. While wandering around and discovering a free wine tasting, the back garden of the winery is actually a haven for Monarch Butterflies (my birth butterfly)! I couldn’t get a good pic of the butterflies, but the caterpillars were much more willing to pose for a few photos 🙂

Come Monday, recuperated and refreshed, I hit the road back west along Arthur’s Pass. When I passed through Springfield, of course I had to stop and take a photo of the giant donut sculpture.

And some more road tripping scenery

I then stopped to look at rocks. Yep. That’s right. Just rocks. And this wasn’t the last time I’d make a side trip to literally just look at rocks.

This way to rocky adventures!

Who knew looking at rocks could make me so happy?

Castle Hill is an iconic South Island land formation, popular for rock climbing enthusiasts and stargazers. It gets its name from the huge limestone formations being vaguely reminiscent of castle ruins. Fun fact, it was limestone from Castle Hill that was part of the original Christchurch Cathedral.

After a goodly tromp around the Hill, I hopped in Shadowfax and along we drove for several more hours westward, stopping at a few lakes and waterfalls along the way, and never getting tired of the glorious mountains.

See – no matter how many times I post road tripping scenery, it NEVER gets boring!