Once in a Lifetime

When I traveled to Asia for four months back in 2015, my mother kept saying it was a “once in a lifetime opportunity.” My combative nature and I were like, “Why does it have to be once in a lifetime? Why can’t this be my life?” And about a year after that, I left New York for good and moved to New Zealand.

I remember quite clearly how difficult the first 2-3 weeks were. I battle anxiety and depression, and moving to a completely new country with no friends, no job, no real plan of what I was going to do was incredibly stressful, and I didn’t give enough weight to the enormity of the task I had thrust myself into. I would curl up on my hostel bunk and cry because I was so overwhelmed and scared. I kept putting myself out there, trying to stay active with day trips, but it was difficult to enjoy myself.

Like Asia, NZ also has some pretty cool trees.

Several people had mentioned I should take a weekend trip to Waiheke Island. It’s a short ferry ride from Auckland and I’d heard the beaches were beautiful. [Side Note: the last year and a half I was in NYC all the Sauv Blanc I was randomly picking from Hamilton Discount Wine and Liquor was from NZ. Since I was now aware NZ did wine, and damn good wine at that, I’d had a vague idea I’d get into the wine game because it would utilize my skill set and be an interesting field of study.] It wasn’t until I was on the ferry and looking at some brochures that I realized Waiheke was a wine island – there are over 30 vineyards/Cellar Doors there! Sahweet! I’d spend a weekend wine tasting, go back to Auckland to buy my car, then hit the road to travel around before getting a job for the Christmas season. 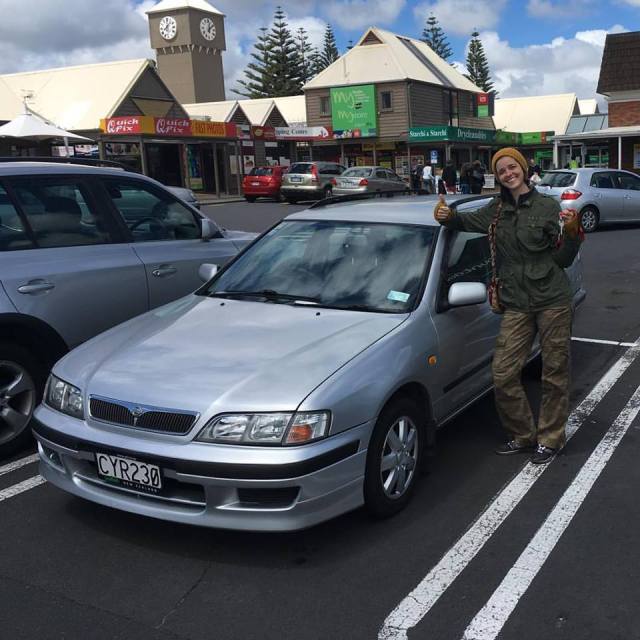 My first car! Of course it would be in a foreign country where they drive on the opposite side 😛

Turns out, I liked Waiheke so much I decided to stay for the summer and work at a vineyard! Because it was before summer fully, hit everywhere was hiring, and I had multiple job offers just from chatting with the CD managers. I decided to work at a slightly off the beaten path vineyard called Obsidian. I chose it for several reasons. 1. I liked the atmosphere – surrounded by bush, it was unassuming in style and very laid back. 2. It was far away from the tourist ferry so you got people actually WANTING to try Obsidian wine, not just tasting because it was the nearest alcohol spot. 3. They didn’t serve food (and I had no desire to be a waitress which is what I would’ve had to split my time doing at some of the more commercial venues). 4. Their wine I thought was the absolute best out of the wines I sampled on the island. 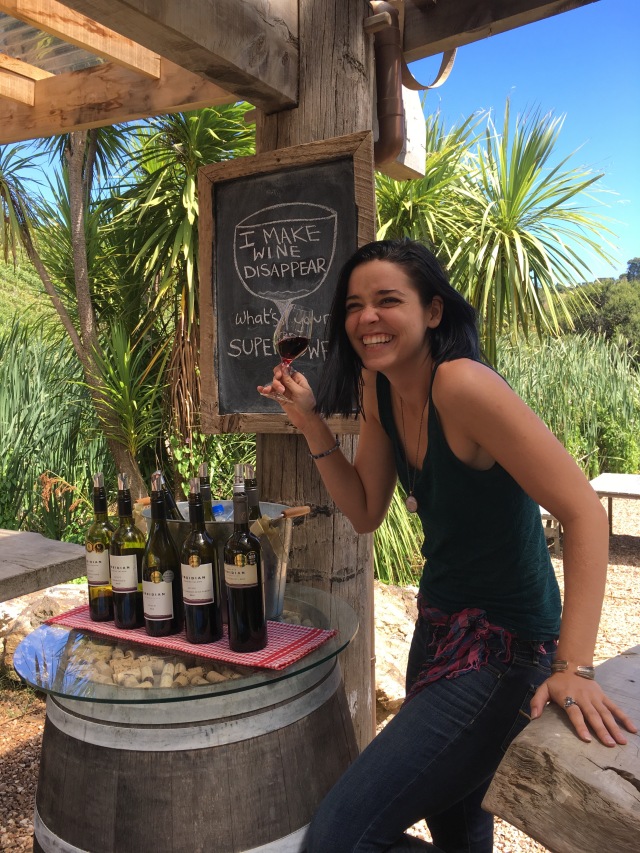 I remember I’d read through the Wine Trail brochure and circled the vineyards that stood out to me to go have a look at. When I went to Obsidian they were closed, but I snooped around and went up some steps to an office which was thankfully manned. I asked if they were looking to hire. We sat down for a chat and then the winemaker and vineyard manager came in and I liked those guys straight off the bat. Down to earth, hard working, focused on producing quality wine. I knew then and there I wanted to work at Obsidian in the CD helping to sell and promote their top-notch product. And so began the next four months in New Zealand – living on a beautiful island for the summer, selling (and drinking!) wine, and popping to the beaches after work. I even learned to sail and enjoyed oysters for the first time! 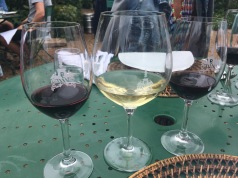 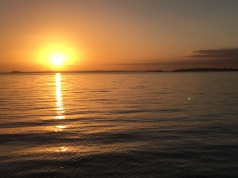 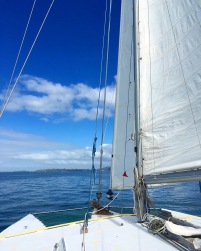 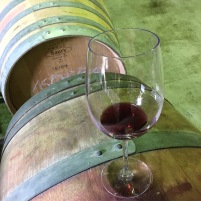 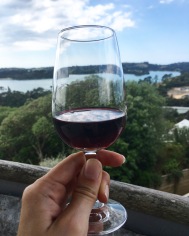 Sunsets and sunrises are constantly breathtaking here in NZ – the colours are just more vibrant! Each one is Once in a Lifetime 🙂

5 Responses to Once in a Lifetime